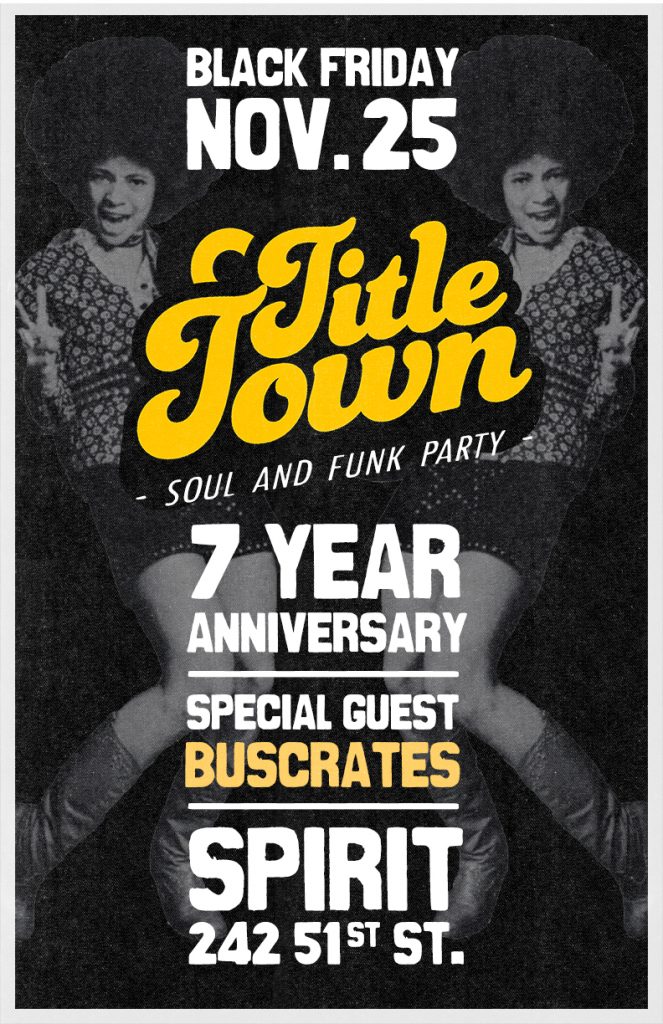 THIS IS OUR 7-YEAR ANNIVERSARY AND OUR LAST PARTY OF 2016.

To help us celebrate, TITLE TOWN welcomes a maestro of contemporary modern funk and hip hop production, Orlando “Buscrates” Marshall aka the Sixteen Bit Ensemble. DJ, producer, musician, and one-third of Pittsburgh’s East Liberty Quarters collaboration – he will be in the house throwing down a not-so-common, all-45 set of fat funk, synth soul, underground boogie, disco beats, and beyond.

Music Is My Sanctuary writes “the producer known as Buscrates (or Buscrates 16-Bit Ensemble) captured our ear a couple years ago with his early releases; already miles ahead of your average beat maker. The Pittsburgh-native (now based in Atlanta) has an undeniable sound, a mix with Boogie-Funk, Soul heavy on synths but also with the influence of being raised on a steady dose of Boom Bap. His EP titled “The Spectrum” released on Omega Supreme Records is easily one of the best in the great Modern Funk movement.”