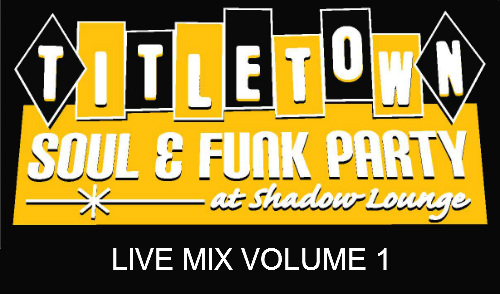 Here’s something to kick off your weekend and help you get ready for Saturday night. Check out the first ever TITLE TOWN Soul & Funk Party LIVE DJ mix. It’s almost 80 minutes of soul, funk, crossover and disco 45s recorded last month at the Shadow Lounge. Enjoy.

Listen on Soundcloud, Mixcloud or download the MP3 right here!

RSVP for the party here. 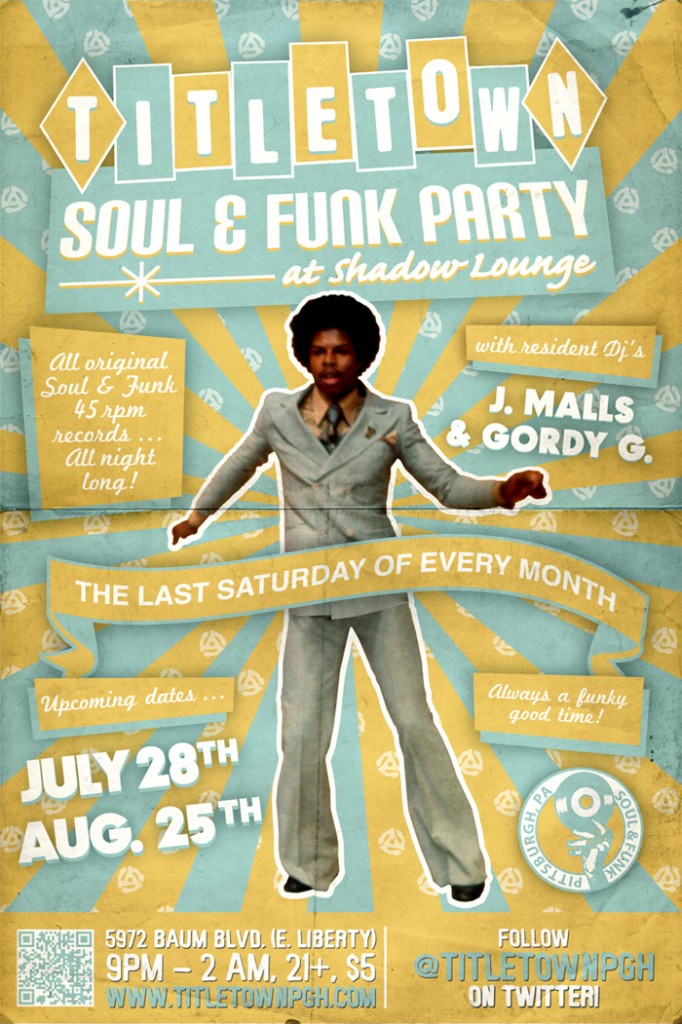 After the amazing night we had last month, the hardest working dance party in the ‘Burgh has been rockin’ steady for almost three years now and we’re ready to do it again this month!

To chill the heat of this wonderful/unbearable July, we’re gonna spoil you with a refreshing mix of summertime grooves and cheap, cold drinks.

If that’s not enough, round about midnight everything’s gonna be alright, cuz’ we’re celebrating summer and paying tribute one of the greatest musical geniuses of our time – STEVIE WONDER! Shake your limbs to the hit-making grooves of Little Stevie’s early classics and get down to the funky, sophisticated soul of his diverse later work. Don’t miss this. It’ll be hotter than July!

Don’t be late and drop by the Lounge early when we play some of our favorite stuff: beat ballads, soaring harmonies, and sweet soul. It’s a chilled-out vibe while you sip succulent cocktails. After that, we’ll kick it into high gear with a strictly vinyl, 45-only mix of the deep funk sound of the Honey Drippers and Pittsburgh’s Caprells to rare Northern Soul like The Valentinos and the Cashmeres, and a heavy dose of classic ‘70s soul and Motown like Eddie Kendricks and the Isley Brothers.

Don’t settle for the imitators, when you can hear the innovators!