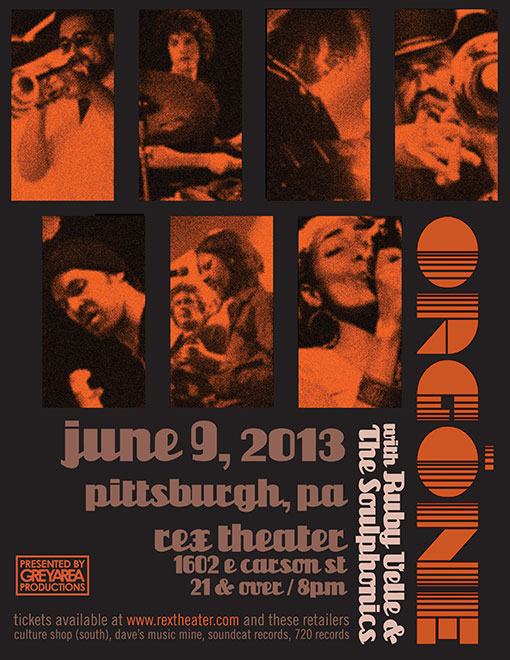 Rules: You must enter by 6 p.m. on Saturday, June 8th. Winner will be announced on our Facebook page.

About Orgone from KEXP in Seattle:

“Ten-year old, eight-piece L.A. based soul/funk band Orgone has that perfect combination of tight refinement raw gut-punching power that is needed to become known, as they have, as one of the baddest funk bands around today. They play an updated take on the spirit of classic groups like The Meters, Booker T. and the MGs, and Parliament Funkadelic. The addition of soul singer Niki J. Crawford on stage has allowed the band’s already high-energy funk to branch out — they sound more soulful, more sultry and more sure of themselves each year. The band has spent the past three years nearly constantly touring, and has recently opened for marquee-level groups like The Roots, Ozomatli, Sharon Jones and the Dap Kings, Snoop Dogg (Snoop Lion?), Al Green, and Gil Scott-Heron. The word “orgone” originates with 1930s-era mystic Wilhelm Reich who used the term to describe his idea of an anti-entropic universal life force. And that’s entirely fitting for a band so full of force, life, with a sound that, through tight organization and execution, frees the mind and the body in a rapidly disordering world. Free your body and mind while checking out videos from their recent session at KEXP: CLICK HERE. 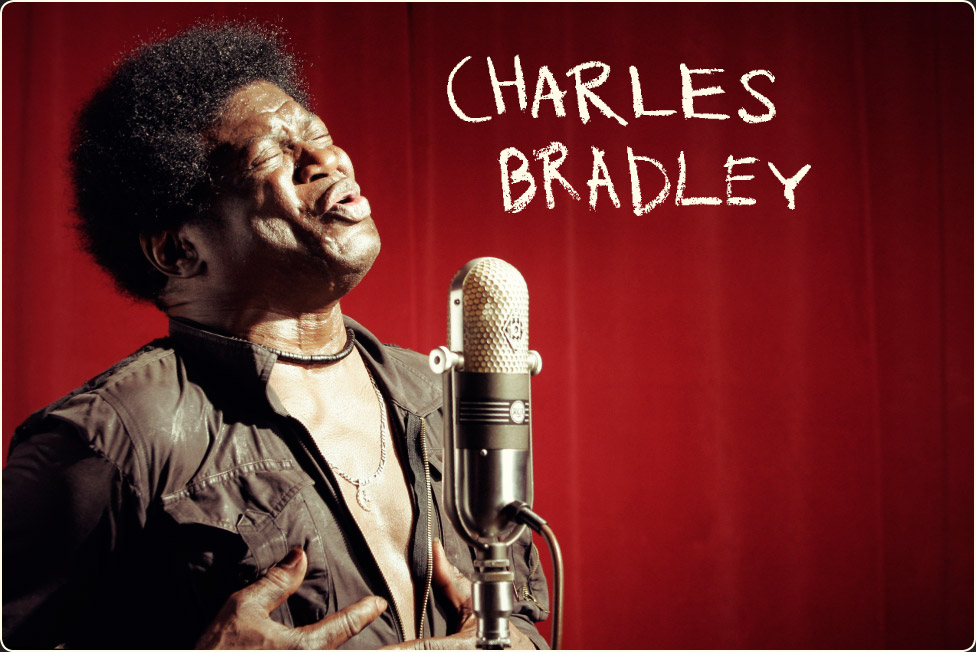 It’s a big, BIG month for Title Town when Charles Bradley And His Extraordinaires roll into the ‘Burgh for a show at the Rex Theater. We’re lucky enough to be spinning a few of our favorite records during the show and now Title Town and Grey Area Productions are giving you a chance to score FREE tickets to the show on Friday and Title Town Soul & Funk Party at the Shadow Lounge on Saturday night – joining us on Saturday will be DJ’s BSears & Coolhands from The New Day in Austin, Texas!

‘No Time For Dreaming” is one of Rolling Stone’s best albums of the year. RS writes, “Every brass blast and chicken scratch could have come straight off a 1968 Stax Records release, but it’s Bradley’s ragged, resilient powerhouse singing that makes this soul, not “soul.”

Paste Magazine writes, “No Time For Dreaming not only prevails as a defining culmination of Bradley’s lifelong musicianship to date, but also furthers the argument that Daptone Records can do no wrong.”

1) Simply become a fan of Title Town Soul & Funk Party on Facebook; and,
2) Enter your name and e-mail address below.

That’s it! One winner will be randomly chosen on Friday!

To hear more from Charles Bradley and other Daptone artists check out the Daptone Records website.
Click here to purchase tickets to Charles Bradley And His Extraordinaires at the Rex Theater.
RSVP for Title Town Soul & Funk Party at the Shadow Lounge on Saturday, February 25th.